Yesterday, we had the opportunity of meeting the Microsoft Africa team. Usually, people don’t get excited about Microsoft products and events. However, I just decided to be there for this one. Usually, I don’t miss events like that in my school though most of them are optional but highly recommended. Some time last week, I had heard that the team would be in Ghana but I never thought they’d be in my school though that was highly possible.

Ok, so the event began with an introduction by Annie Njenga. She introduced the other members of the team. The most surprising was when she mentioned “Open Source”! WHAT!!! Microsoft does open sources?? We really looked forward to that. I can’t go through the whole day’s events so I’ll list them according to the various blocks.

Windows Azure: The first session was held by Ahmed Sabbour who took us through creating a virtual drive, hosting a website and even source control all offered through Windows Azure Cloud Storage service. It was an eye opener to how Microsoft is really working hard when it comes to the cloud service.

Windows Phone: Then Dina Helmy took us through how to build an app for Windows phone. In less than 15 minutes, we had created a simple camera application for Windows Phone 8. What a wonder! The outlook into the design of Windows Phone 8 apps made me want to give it a try. Honestly, it was simple. I hope it will be so for me when I begin development on the platform. 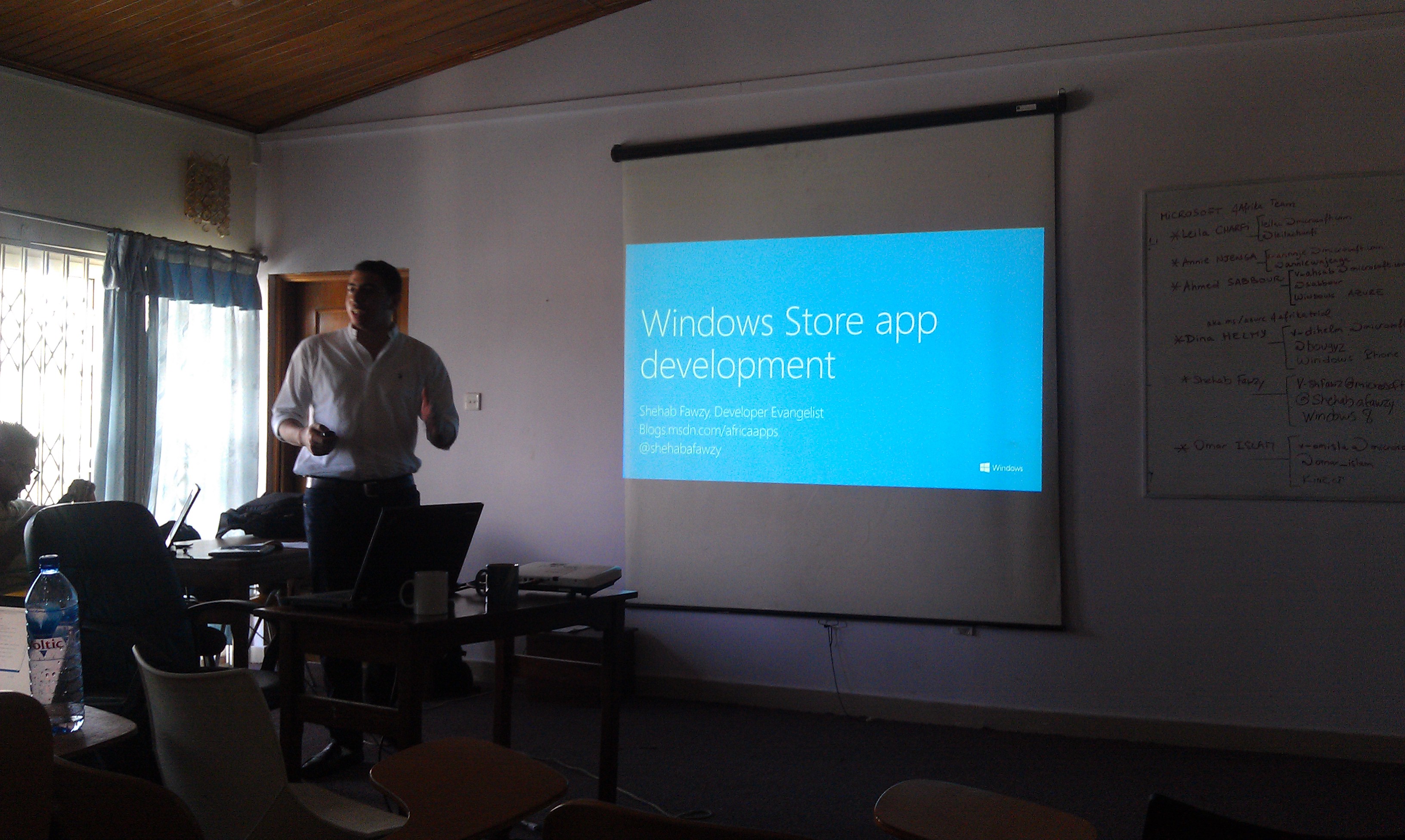 Windows 8: That session by Shehab Fawzy was great. I have done some Visual Studio development during undergrad but I was impressed to know how much had improved with the Visual Studio 2012 Ultimate. Similarly, we built a camera app with just 4 lines of code! JUST 4 LINES!!! The new Visual Studio mainly uses snippets, which you can create, download, etc. This makes it way easy for developers.

Oh, so we run out of time and we had to vote. We all unanimously chose Kinect over Open Source so Kinect it was. 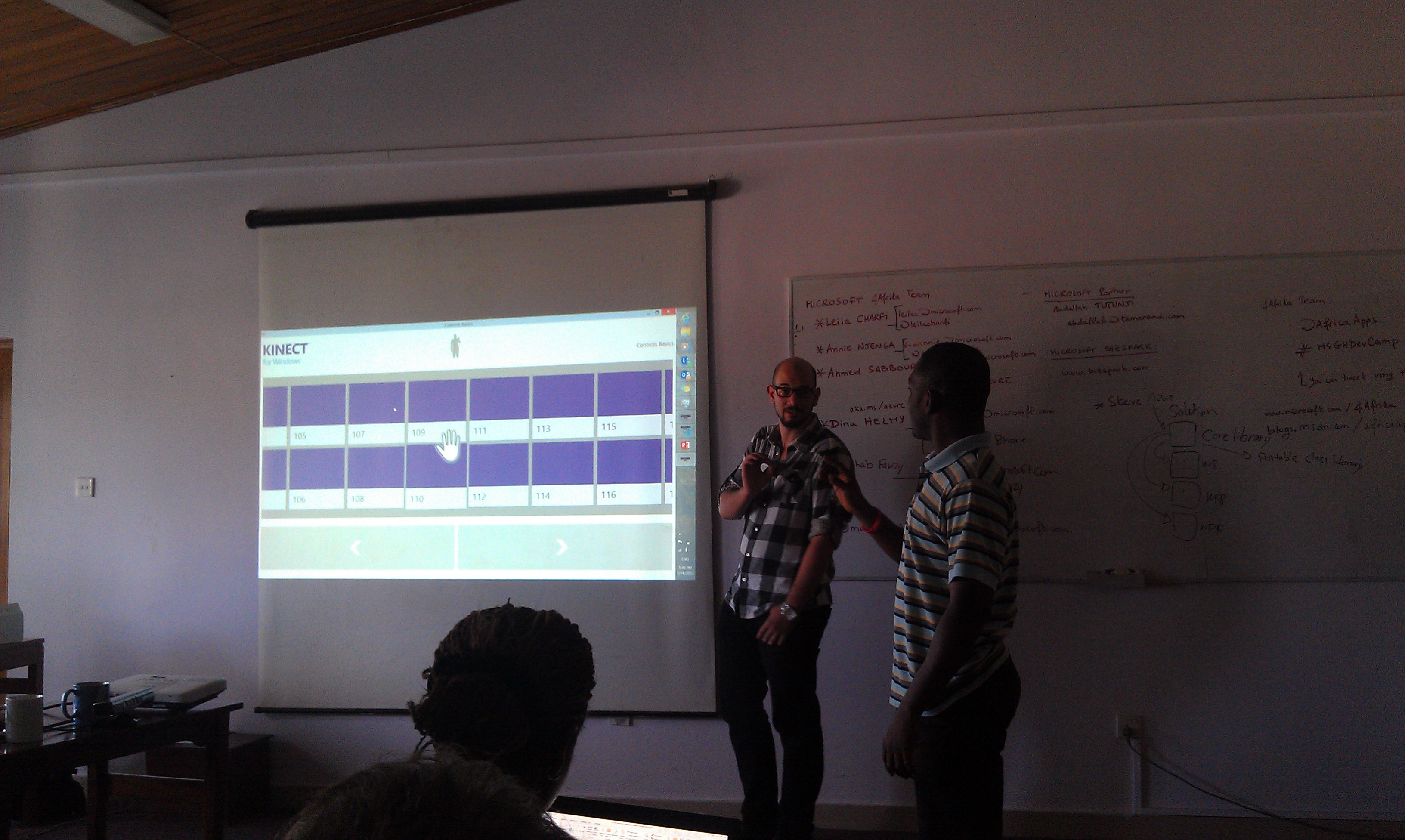 Kinect: Finally, Omar Islam shocked us with Kinect. Kinect is a device that simulates body movement and/or characteristics and feeds the data into a game or any other app. If you’re a gamer, you may be familiar with Kinect. But if you’re not, maybe I can’t explain it well enough. Just check it on their website. You can also check some videos I have uploaded to YouTube. Omar used Kinect to control powerpoint presentations and all.

Finally, we were introduced to DreamSpark and BizSpark. These are Microsoft services to students and startups respectively. They provide additional services to businesses including Windows 8, Office, Azure, etc. I forgot the coordinator, Leila Sharfi, and other members of the team who could not present because of either time constraints or their absence.

It was great to have a re-introduction to these Microsoft products. Great stuff out there for all. I wish the team luck on their journeys across the continent.