Hackathons are beginning to be a part of Ghanaian tech culture. Just in the first half of this year, there have been about 3 of them. That’s encouraging for a country with a growing tech space like Ghana. I had the opportunity to take part in the #Hack4Good Hackathon at iSpace yesterday organized by SHM Foundation.

This hackathon was different in that it brought health professionals who worked with the techies all through the day. I was lucky to have Jacqueline and Kobby as part of my team. The hackathon was aimed a coming up with solutions for the health industry, an industry that can really benefit from techies in Ghana.

The event started at 9am with registrations, chat, and new people meeting each other. by 10am, a lot more people had joined and the room full enough to begin the activities planned out for the day. Josiah, co-founder of iSpace, welcomed all participants, explained the reason behind the hackathon, the rules concerning the cash prize, and wished all teams luck. For this hackathon, 50% of the cash prize would be presented on winning, and the other 50% disbursed when the prototype/MVP with the said features was completed.

After that introduction, there was breakfast for all since most people had left their homes early. Team formation began after that. Team formation was different this time around. Participants numbered to 5 and people with the same numbers fell into the same groups. Later, as and when techies and health professionals arrived, the joined the groups.

The main topics for finding solutions for were as follows:

At the end of the day, 3 teams had worked on Sexual Health, 1 on Mental Health, and another on Sex Education.

Lunch time soon came as teams were still discussing and finding practical solutions within the topic areas given. Lunch was well taken care of by the techies. Teams reconvened after that since the reporting time for pitches was 4pm. A few more hours, more prototyping, coding, and validation, time was almost up for the presentations. By 4:30, the presentations had began.

The teams and their ideas are as follows: 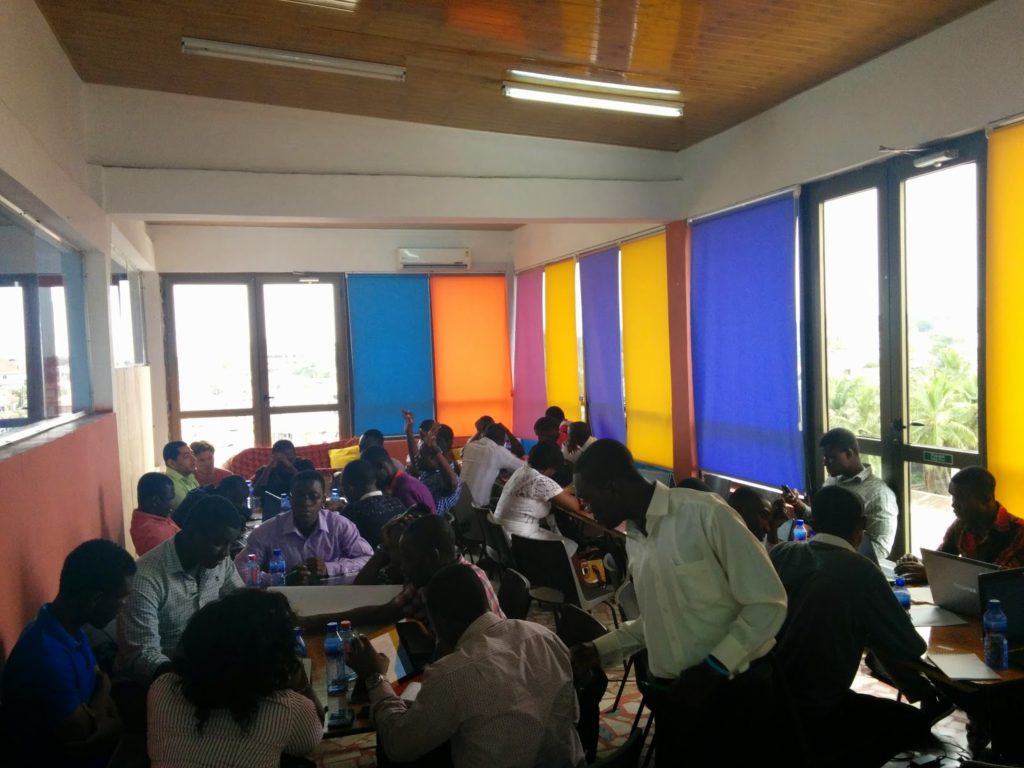 After the pitches and our late snack, the stage was set for the live streaming of the Google I/O Conference Keynote. More guys from the Google Developer Group has come around. Feedback was given to each team, results were announced and Sexual Health was adjudged winners of the Hack4Good Hackathon.

Honestly, I think the approach taken to this approach was excellent since it brought together both techies and experts. Also, the nature of the disbursement of funds encourages the techies to build the product and not just make prototypes like people have done at previous hackathons.

Congrats to all teams that participated and the organizers!