Quite a number of startups in this year’s DEMO Africa Top 30 batch are tackling education in many innovative ways. One of such startups is Mavis Computel Limited. 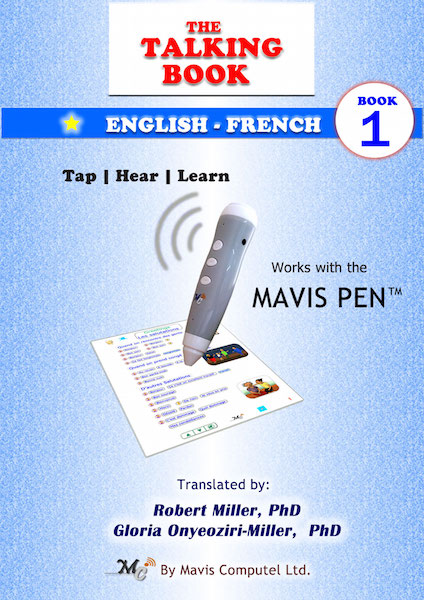 They began selling their Talking Books™ with the Smartpen from Livescribe, USA. However, they realised that prospective customers mentioned that they love the product, but would be able to buy if it was priced at about $100 – as the the price of $180 for a language pack was not affordable for most of them. Due to this feedback, they considered building their own digital pen (called the Mavis Pen™) to meet customers request. Starting with four languages, French, Igbo, Yoruba and Hausa, the products are being received in the market – both in Nigeria and in the Diaspora (USA, UK, Canada, and other countries)

Being as customer-centered as they are, the team listened to their customers’ concerns about the price of the books. This suggested that they’d have to make their own pens to help them reduce cost.

The new pen, Mavis Pen, comes with the book of choice, a wall charger, an earpiece and a USB cable to connect to your computer for book updates, etc. The introduction of this new pen alone resulted in a 61% price drop (now a pack costs about $70) in production costs with 5 times more the storage capacity of the previous pen.

Making the switch to their own pen is a major feat that the team has achieved aside making it to DEMO Africa Top 30, to pitch this year.

The digital pen, and its accompanying book, helps people to learn new languages faster, more easily and at a lower cost. Currently, the team seems to be one of the only companies in Africa which is tackling learning in this way. Other indirect competitors in South Africa, etc. use other means to achieve a similar result but at a higher cost.

There’s a core team of 5 most of whom come from one family.