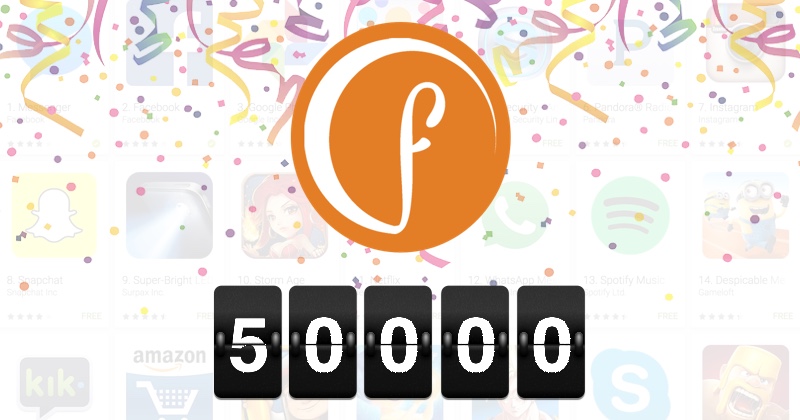 Every app developer dreams of that time. A time when you are notified that your app has been downloaded a whopping 50000 times. It’s a moment of excitement for any startup, especially when it’s in a category which seems to have a lot of competition.

Approximately a year ago, Flippy Campus emerged out of the MEST Program with the main aim of making on-campus communication a lot more organised and useful but fun. A year on, after making an appearance at DEMO Africa in Nigeria and several other events, the team has hit 50,000 downloads with its Android App.

For the team, this is the beginning of more exciting times to come. They are making progress and are onto something great. Here are a few insights they have from the thousands of students who use the app daily.

We all guessed it but this time, it’s been confirmed. Students have peak times they use social media apps including Flippy. Mostly 5 pm after school time and early morning as early as 2 am.

The demographic is mainly Ghana, which takes up 60% of user base and international students from Cote d’Ivoire Ukraine, Turkey and Chile and other countries. So far, surprisingly, Flippy Campus has only signed on Ghanaian Universities; KNUST, UCC, UG, Central University, Methodist University, Lancaster, KNUTSFORD and RADFORD.

The team confirms that more they will be adding all the other universities in Ghana soon. And with their Nigeria expansion coming up soon, this next milestone is just a stone-throw away.

One of the more interesting insights was that topics that excite the students the most are controversial campus news like school fees, SRC related news, campus leaks and relationship talk.

Even without an iOS app, the team has clearly chalked some success. With a web interface and a marketplace coming up soon, the possibilities are endless. And with the Android app rating 4.0 with over 500 votes, it’s not just bluff.

Social apps are a hard nut to crack. Flippy Campus seems to be on to something great. Remember Facebook started from campuses?