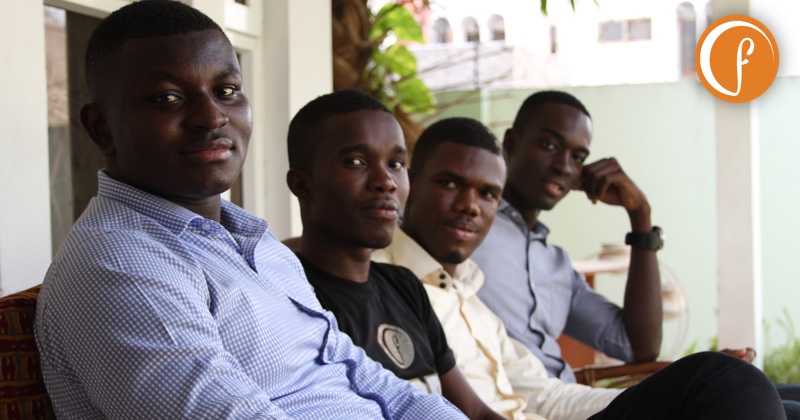 Throughout your time in the university, you’d sometimes miss some updates, whether it was change in lecture time or some filla of a sort. Many more students across Ghana, and elsewhere in the world share the same experience. That’s why Flippy Campus was developed.

Flippy Campus is a social media, campus news app which allows tertiary students connect amongst themselves and get all campus related information. What Facebook and WhatsApp groups can’t achieve, Flippy makes that possible. Considering this was where Facebook began from, this looks promising.

For students, easy access to all campus related information and being able to easily connect with friends on all campuses is a good-enough selling point for them to use the app.

Over the past 16-or-so months that the app has been up, the team just reached 50,000 unique users on the Play Store some time last week and are excited as to the prospects of their product.

Sometime last year, it was evident the team was looking to make some strides as it kept appearing at one pitch event after another. After pitching at the DEMO Africa Accra pitch event, the team secured a slot to be one of two Ghanaian startups who would be at the Lagos event in September 2015. They also pitched at the Case Foundation event, and at Seedstars Accra where they placed second to Asoriba. Oh, and they were at SpeedUP Africa event last 2 weeks too.

The team has obviously been busy with a lot of work on their product making sure students love them. As at last week, about 7 universities in Ghana had been signed on to the app, even though the app records usage from UK, US, India, and several other countries.

The team has 4 co-founders.

Flippy Campus was officially launched in August 2015. The company is funded by the Meltwater Foundation and a graduating class from the MEST 2015 Class.

Considering that only the Play store app could fetch 50000 download over 16 months, it’s exciting what their new iOS app will expose them to. The iOS app was promised to go live some time last week, and it’s been so. Being very pragmatic about growth and user reach, the team also has a web version.

For now, there are no job vacancies at the at moment but you can follow Flippy Campus on Twitter, Facebook and Instagram. If any job openings should be available, you’ll find them on gharage Jobs.