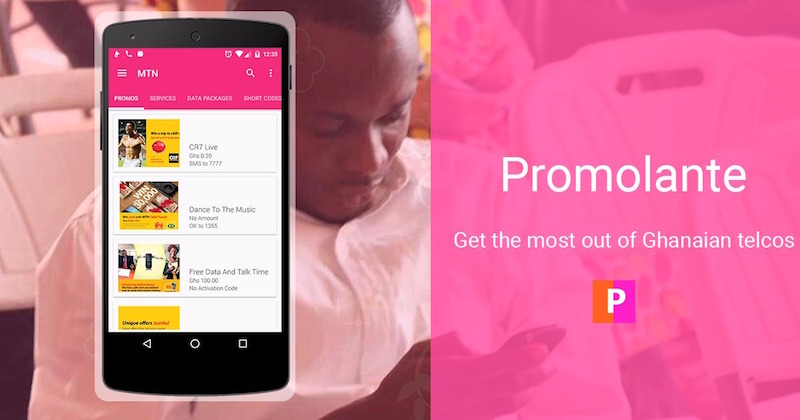 The telco promos and services discovery app, Promolante has hit 200,000 users with a Monthly Active Users (MAU) of over 85,000.

The Promolante app which was launched in March last year and has being bootstrapped till date has grown organically except for a partnership with Samsung which has seen the app pre-installed on Samsung smartphones.

Available on only Android, the app which was accepted in February 2016 into FBStart, Facebook’s flagship program to aid mobile startups succeed helps its users discover new telco offers, easily access shortcodes and quickly activate internet bundles. It also has a smart feature that recommends telco offers based on insights from your calls and data usage.

“Promolante started as a side project – solving a problem for the promo loving telco subscriber. It’s been amazing building it to a size like this and watching millennials especially use it to save money on calls and internet data” says Abdul-Rahim Sulemana, CEO and co-founder of Promolante.

“Over the next few months, we’ll be adding some cool new features and looking to expand into Nigeria and some other African countries. We believe it’s time to bring all that we’ve learnt into a better global Promolante – a telco app you can use wherever you’re in Africa” he added

Promolante started first as a web app, then an android app and is now looking to launch an iOS version soon.

The app is available for download on the Google Play Store.