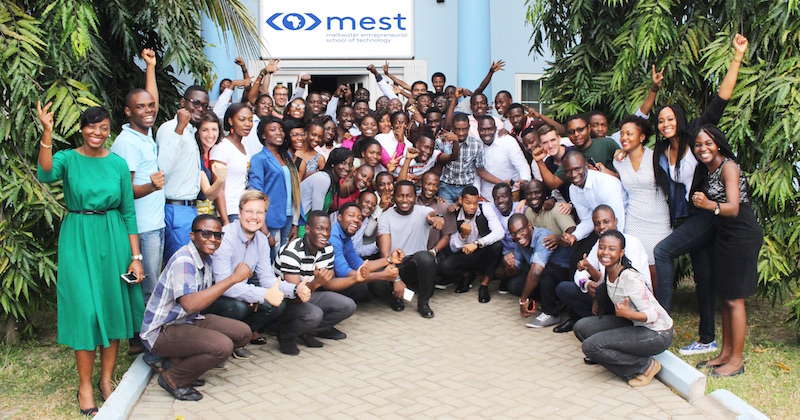 Since 2008, MEST has groomed software entrepreneurs trained to be globally successful. Over the years, the team had mainly trained Ghanaians until the 2016 Class when it announced to begin admissions from Nigeria. A year later, the team expanded recruitment to Kenya, and then to South Africa this year.

Late last month, the MEST Admissions team announced that the new class of 2017 would have expectedly South Africans, and quite unexpectedly Sierra Leoneans. It’s the most pan-African class of Entrepreneurs-in-Training (EITs) in our organization’s history. The trainees will live and train in Ghana for the next year, working on ideas and testing them till their final pitches about the same time next year.

Together, the cohort is made up of 60 ambitious and driven young Africans with a passion in technology and entrepreneurship and an interest to launch globally successful software companies out of Africa.

Over the period of January through to June 2016, the MEST Recruitment Team received thousands upon thousands of online applications from across SSA and met 200+ candidates for in-person interviews, all who were vying for only 60 coveted spots in the Class of 2017. Fun fact: it’s statistically more difficult to get into MEST than into Harvard.

While recruiting in the various cities (Accra, Lagos, Nairobi, Cape Town) over the course of the recruitment tour, we met a very diverse and talented group of individuals with desires and dreams to make positive impact on their communities and countries; and they want to do so by creating globally successful software companies, says Katie Sarro (Managing Director, Sub-Saharan Africa, MEST)

The recruitment team met a new breed of Kenyans as they spent time interviewing candidates with engineering and business backgrounds who were also pilots, rugby players, farmers, ambitious hackers, and YALI fellows. What a class!

With support from MEST partners, including Interswitch who funds all Nigerian EITs at MEST, each individual in this group will receive a $50,000 scholarship covering their tuition, housing, meals and air travel tickets for their year long stay at the MEST Training program in Ghana.

As it’s often said by MEST founder, Jorn Lyseggen, “The one thing I promised myself when I started MEST was that it would be a place where you’re allowed to dream big.”

It’s exciting to see how MEST has grown over the past few years, as it deliberately grows into more of Africa each year. We wish nationally-diverse class of 2017 the best in this year of training and learning.