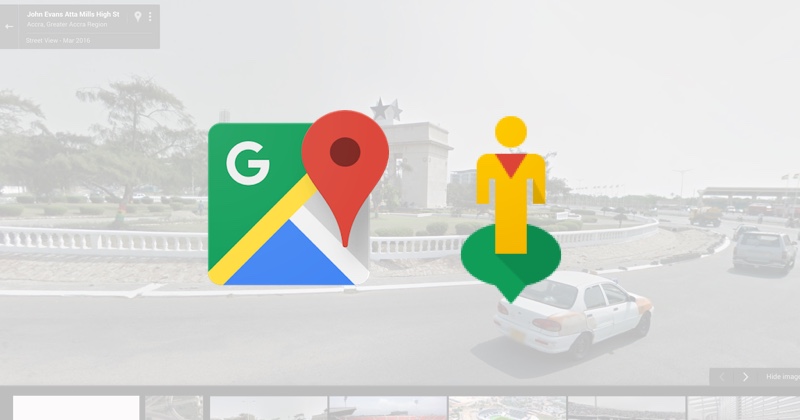 Since Google Maps was introduced in Ghana some years ago, it has become part of the daily use of most smartphone and desktop users, mostly millennials, who commute around Ghana. In our local system where physical addresses don’t work that well, Google Maps complements the experience by helping users to add locations, opening times, etc. to make the experience all the more richer. But we were missing Street View.

Late 2015, Google announced a new project, the Project Link, which would provide a higher speed of internet connectivity to Ghanaian users, starting from Accra. I remember being curious to know if the project would come along with having Street View on Google Maps in Ghana, since that had been the case for Uganda, an earlier beneficiary of Project Link. The rumors where confirmed with this tweet from the Google Maps Street view team, early January 2016. A year on, the Google Street Maps view for Ghana seems complete.

Early Friday morning, I found out (I don’t know how) that Street View on Google Maps was ready for Accra, and this was extended to several other cities as well! It’s such a good feeling when you stumble on something like this, at dawn! Obviously, this is likely not to cover all of Ghana, but it gives a good view of the various cities, and some other monumental/tourist towns as well.

The breathtaking views of Accra were just beautiful, and nostalgic.

So, now that the government has talked of a new addressing system, it looks like Street View just completed right on time, almost to help accomplish this. It’s time to raise hopes again of not just having physical addresses that work, but also have them in pictures as well, on Google Maps!

Another concern will be how soon, new updates will be made as most Google Maps images of Ghana were quite dated in the early days. Now that this is ready, it is hopeful that Project Link will be in use soon.

So if you live on a major street, it’s quite likely your house will be on Google Maps now, and in Street View. Hint hint, when you check the Independence Square on Street View, it looks like that was captured on 6th March, 2016. What a day to drive by!

The imagery is beautiful, enjoy!