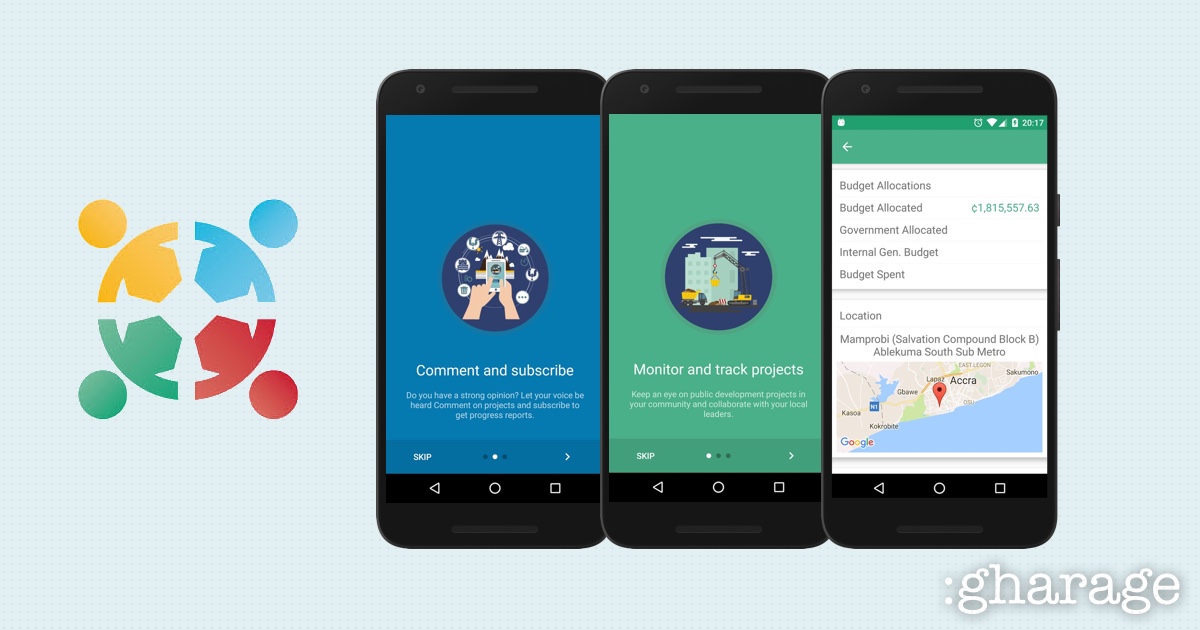 After winning a cash prize of US$60,000 in the Making All Voices Competition, TransGov has been active in empowering citizens to be active in local government. The initial release of their web app included listing projects within the Accra Metropolis, and helping citizens to keep projects accountable. Within the past week, the team has released an Android app, one they expect to increase engagement with their product even more.

We reached out to TransGov, and Adwoa Serwaa Danso, Head of Communications at TransGov answered our questions.

:g – What have been some of the success stories since launching the web app?

The web app was launched in 2016 with its feature which enables citizens to monitor developmental projects in their communities. The press was greatly enthused with such an innovation. Citizens within the Accra Metropolis could go online and comment on projects and some had really good questions to ask especially in relation to budget and the time frame for completion of projects in their local communities.

This year, a second feature was added and even though it is yet to be launched, citizens have already started making use of it. This feature enables citizens to report issues in their communities especially in relation to burst and leaking pipes, fallen electric poles and faulty transformers. A user of the app can simply report a pertinent issue by filling out a short form, adding pictures and the location of where the issue occurred and TransGov Ghana will alert duty bearers to get it fixed. 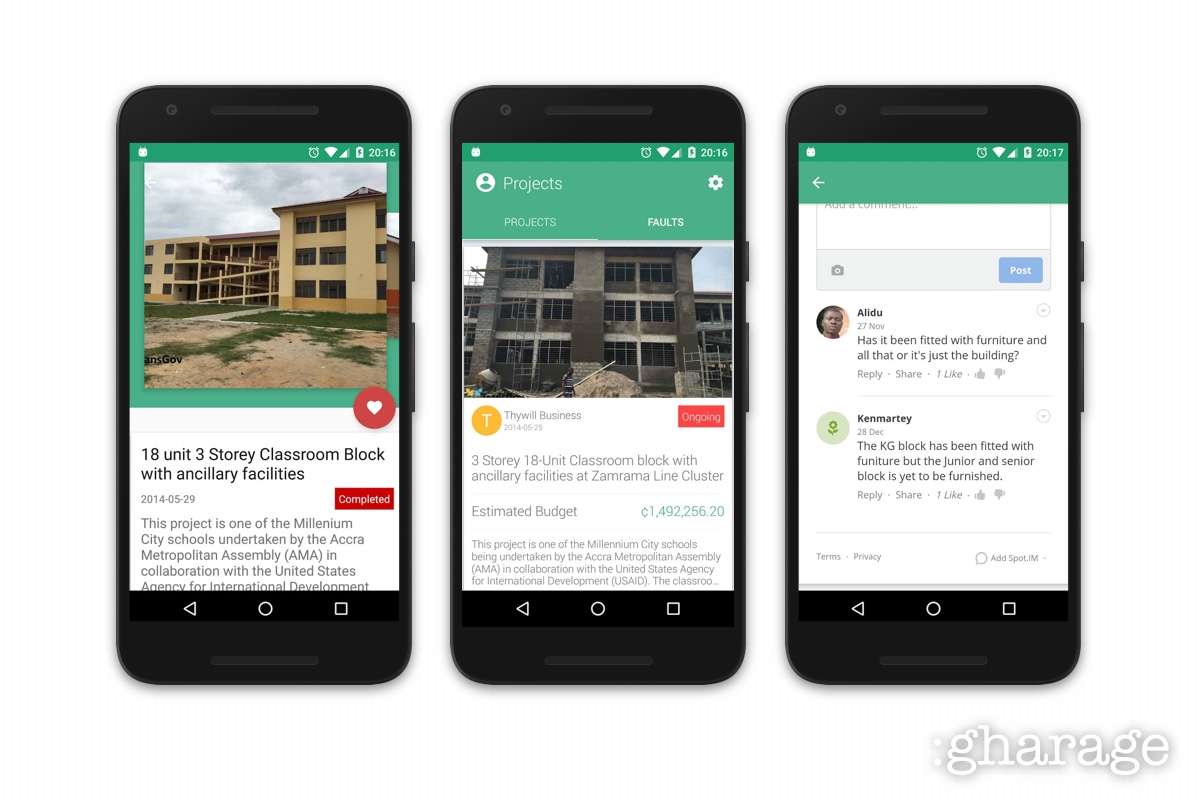 :g – What do you hope the Android app will achieve?

Good governance is one in which citizens are involved. Through the TransGov Android app, we hope to increase citizens’ engagement with the government especially the local government. Even though citizens are supposed to be involved especially in projects that affects them, in practice it is not so. Developmental projects are even started in communities without them being asked whether that is what they need.

The app will therefore give the opportunity for citizens to contribute through the comments they make. From our research, it was found that most citizens do not know who to report issues in their communities to and those who knew felt it is a waste of time especially when issues reported are not fixed. The app therefore makes it easier for citizens to report such issues.

:g – What are some of the features of the TransGov Android app?

:g – Should folks expect an iOS app any time soon.

We’re working on that currently and it will soon be launched.

:g – Are you hiring, and for which roles?

:g – Are you looking for partners? Which kind of partners will help TransGov to grow?