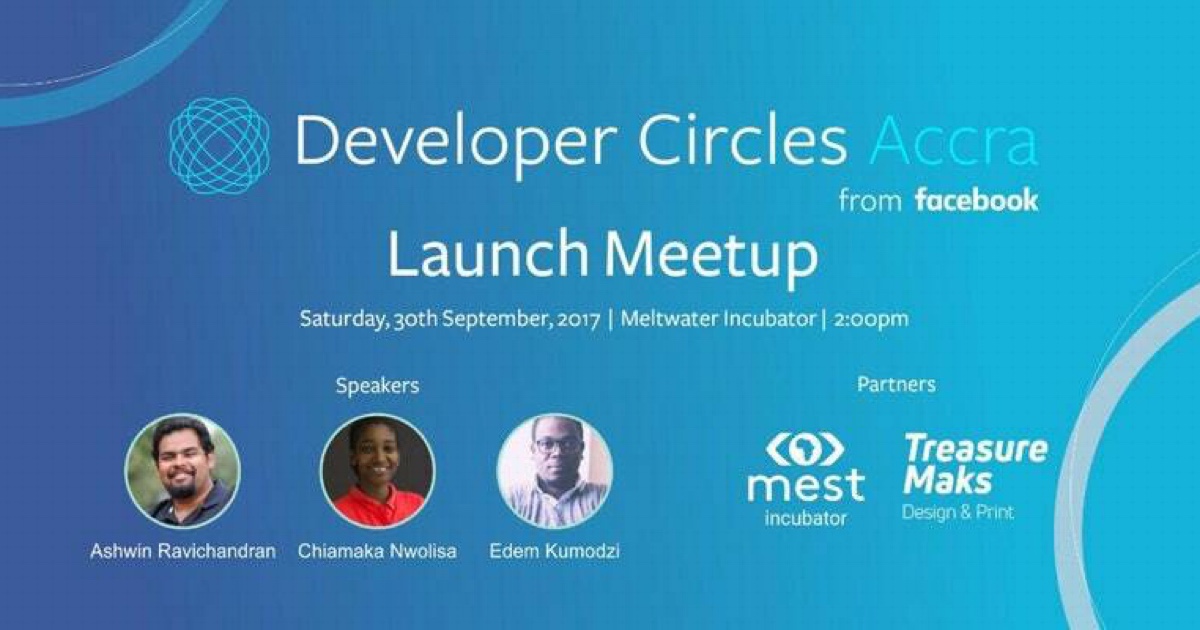 Facebook is among many international tech companies which push developer groups and promote such camaraderie. In 2016, it was second on the list of companies with the most GitHub contributors (15,682). Its most popular open source projects include React and React-native JavaScript development tools, Flow, botKit and many others. It’s currently only behind Microsoft as the company with the most contributors on open source projects. That speaks volumes about the priority FB places on developers.

Facebook Developer Circles will be launching its community on Saturday, 30th September 2017 at the Meltwater Incubator. Developer Circles was first announced at F8, an annual developer event which even had some Ghanaians representing this year. The new program, they say, is for developers all over the world to connect, learn, and collaborate with other local developers.

The initial meetup format will be a mix of keynote sessions, tech talks, hands-on workshops and a panel discussion. You can join the Facebook Group or even better, register for the event.

The introduction of the Developer Circles comes at a time when the ReactJS, a front-end framework used by most developers has been re-licensed after several developers spoke against the previous license. This re-license has brought as lot of belief into Facebook as a developer-facing organisation even though that could cost them patent cases, etc.

Creating developer communities is a great way to foster developer growth within localities, as we have seen in Ghana, and Facebook Developer Circles will be a good addition to the several developer communities around. In case of any help feel free to contact the Co-Leads, Oliver Mensah on 0544892841 and John Otu on 0264537375.

You can join the Facebook Group or even better, register for the event.