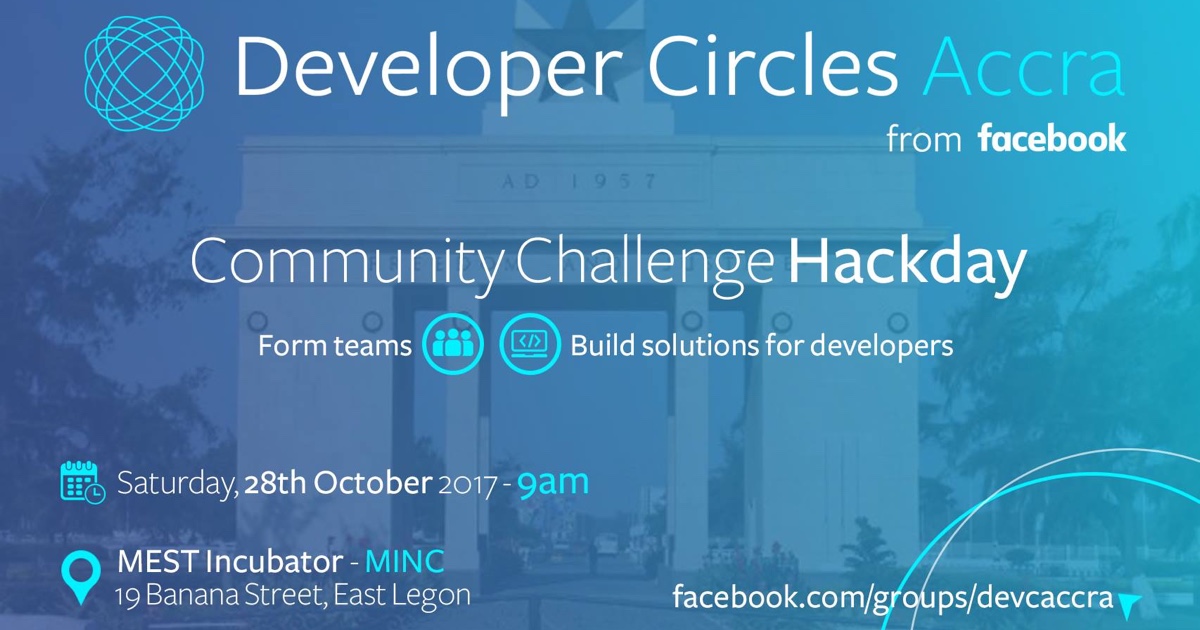 Facebook Developer Circles  Accra was launched on 30th September at Meltwater Incubator. As part of the mission of Developer Circles Accra of bringing together developers, designers and tech enthusiasts, we have programs meant to help build the tech ecosystem in Ghana.

Facebook, the mother of the initiative is supporting its communities of developers to use Facebook products and services to build impactful solutions and win up to $20,000 USD. Kicking off on Saturday, 28th October 2017 at Meltwater incubator at 9AM, there are exciting sessions that are coming up.

The program will feature a breakout session on React/React Native as well as HTML,CSS and Basic JavaScript. There will be a presentation by FbStart Member on how they are using Facebook Technologies in Production, the challenges and benefits. Before the hack begins for the developers to dig deeper in hard-core building, we will host a live session on Building ChatBot led by Facebook Expert.

Then the hack begins for developers to build products and services for these categories:

Fellow Developers out there, it is not too late to enter into this challenge.

Earlier this October, in the weekend past, the Facebook Developer Circle Accra held a meetup at the Meltwater Incubator. The sessions included a workshop on Ideation and Team Building, while the breakout session touched on Bots for Messenger, React and React Native, HTML CSS, and Basic Javascript.

For newbies looking to learn frameworks, especially React, the Developer Circles group on Facebook will be a good start to get you in the game. If you’re participating on Saturday, all the best!