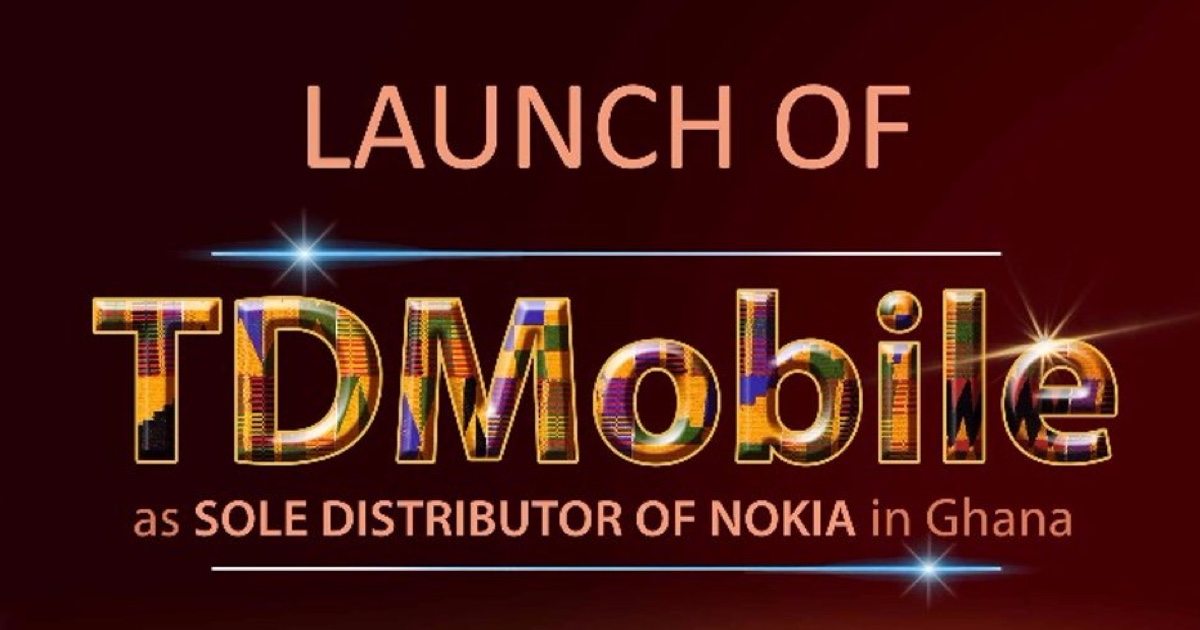 TD Mobile, a subsidiary of Technology Distributions (TD) a Nigerian IT Distributor has launched in Accra. The launch was to mark the entrance of TD Mobile into Ghana, as the official exclusive distributor of Nokia products.

Launching in Ghana will make TD Mobile the major distributors of all Nokia phones, including the newly revamped Nokia 3310, launched earlier this year.

Earlier this year, in August, the team celebrated their launch in Nigeria as official distributors, after their partnership with HMD Global, the makers of Nokia phones. Even before that, TD Mobile had signed a partnership with Japanese phone makers, Freetel for distribution across Nigeria. TD has long been a major distributor for major Original Equipments Manufacturers (OEMs) in the West Africa Sub-Region.

Nokia had been a household name for phones until the smartphone bubble arrived. Although the company had not been synonymous with smartphones previously, the entrance of its new N range of smartphones, with competitive pricing, looks to bring it back into the market.

Before moving into the Android phone production, Nokia had tested the market with its hybrid products, the Nokia X, and Nokia XL, launched well about 3 years ago. While it was exciting to have two (pseudo-)operating systems on one phone, it sometimes caused inconsistencies in app management and the user experience of the phone itself.

The introduction of the semi-budget ~$200 Nokia N phones earlier this year makes Nokia a contender, as they make durable products. I contemplated buying a Nokia N6 myself, earlier this year. The fingerprint sensor was quite impressive, not neglecting the build quality, and just the gentle reminder and confidence that it was a Nokia smartphone with stock Android experience.

If you missed the launch event you can catch up here.

Among other activities, TD Mobile is a distributor for Samsung, Infinix, Tecno, and Innjoo. TD Mobile is poised to be the point of call for all things mobile, and in Accra are located off the Olusegun Obasanjo Highway.