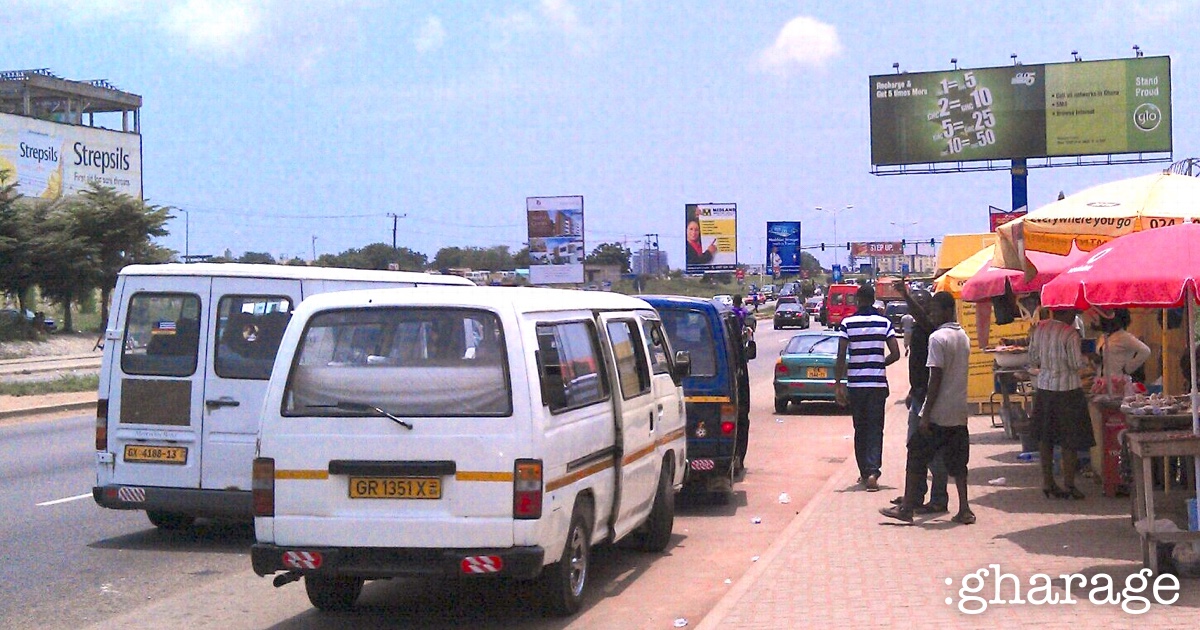 The OpenStreetMap Community in Ghana recently launched the AccraMobile project which has all trotro routes in Accra mapped, and looks to helping commuters plan for efficient and timesaving trips. We reached out to Enock Seth Nyamador, one of the leaders in the Community and spoke to him about the project.

The main purpose of the AccraMobile initiative is to collect information on the trotro network in Accra and make it more accessible to the public. The main output of this initiative is an interactive map of the trotro network that everyone can use, but we also produce analysis on transport services in the city that is used by the Department of Transport.

What’s the benefit of having those routes publicly available?

First off, we think that it is a powerful way to make people realize that Accra actually has a fairly dense transport network. Trotro services do not always offer the highest quality of service, but they do provide transportation for millions of people every day in Ghana! Using this interactive trotro map, passengers can see which routes serve their homes or workplace and optimize the way that they navigate the city. This data is also going to be used by apps that people will be able to download on their cell phones to plan their journeys.

Who’s behind this project?

AccraMobile started in 2015 when the Department of Transport of Accra was created and sought to create a map of the transport network in AMA. With support from the French Development Agency (AFD) and Concordia University, we mapped over 300 trotro routes in Accra using smartphones equipped with data collection apps. Recently, we decided that it was time to update the data (since it was already two years old) and make it accessible to everyone. We worked with Transitec, a transport consultant, and Jungle Bus, who developed an app, to put Accra’s transport network on a free and open platform called OpenStreetMap.

What are some practical use cases of the route map elsewhere?

The most obvious use of the map is for passenger orientation. But you have to keep in mind that the map is just a visual representation of a wealth of data that lays underneath.

How did you compile the routes?

We sent data collectors on all of Accra trotro routes, equipped with smartphones and data collection apps. They went aboard trotros, recorded their trips as a GPS trace, and also recorded all the stops that were made by the vehicle. Then we worked with the OpenStreetMap (OSM) community in Ghana to clean up these traces and put all the data on the OSM platform.

What do you hope to achieve with this project?

We are hoping that making this data available will help commuters organize their trips across the city more efficiently. Also, we want to engage the local community of developers and OSM contributors to use the data and keep it updated. This data can be used to plan trips, of course, but it could also be leveraged to measure the accessibility of different locations in the city, or optimizing the network, for instance – the possibilities are endless.

Closing comments to our readers

Everybody is welcome to contribute! To keep this data alive and up to date, we encourage members of the OSM community to add new routes, signal changes in itineraries, etc. This is a collaborative project and it belongs to everyone. You can use OpenStreetMap to navigate offline with just your location turned on; try applications such as MAPS.ME or OSMAnd. Feel free to talk join OpenStreetMap Ghana community to learn more and contribute.

If you remember clearly, there was a TroTro hackthon at MEST a couple of years ago. This is an extension of the idea behind the challenge, which has taken the more open-source approach.