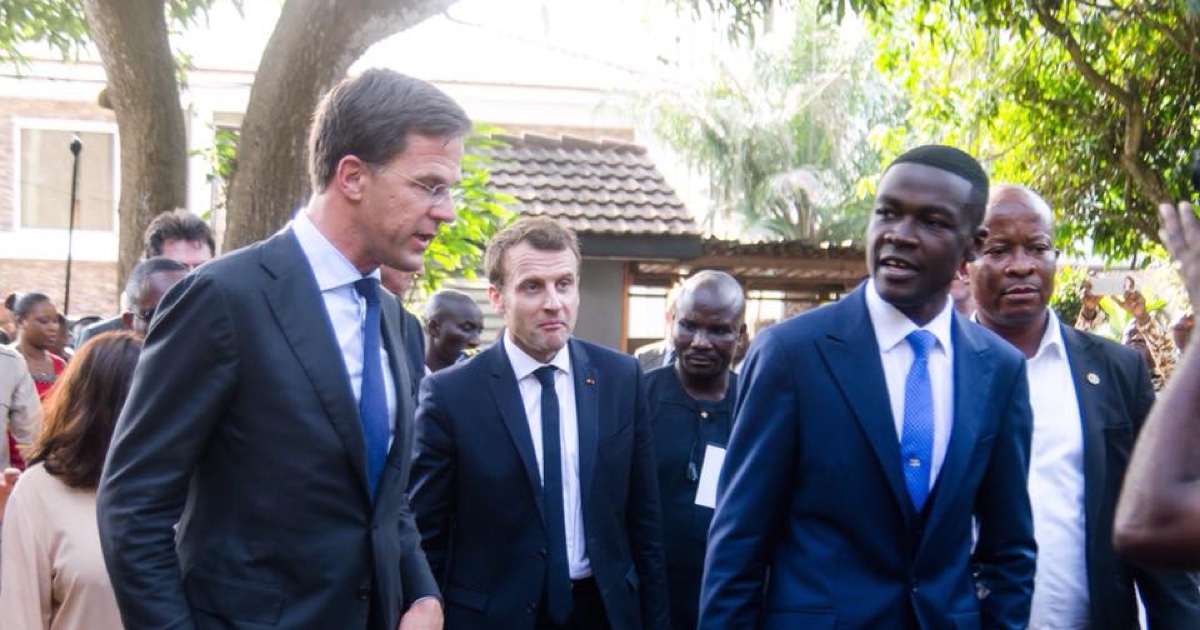 Last week Friday marked a great step for tech hubs and their respective startups in Accra. For many who experienced the traffic in town, the French President and Dutch Prime Minister were in Accra. For me, the highlight of the trip was their visit to the Impact Hub Accra at their Osu premises.

The beauty of the visit was the collaboration of the various hubs as their work comes together to form a base for some startups across the city. To be more specific, there was a representation from MEST at the event, Celine Duros, Director of Operations, as Florence Toffa from Mobile Web Ghana also presented to the French premier.

On the surface you’d wonder why these personalities would visit a co-working space. In our post detailing co-working spaces in Ghana, we highlighted Station F, the world’s largest startup campus, located in France. Co-incidentally, the space was opened by Emmanuel Macron earlier this year who has consistently reiterated his admiration for startups, and entrepreneurs. To give you an idea, Station F in France has the capacity to house 3000 startups, and already 1100 moved in a few days after the launch.

France is actively making calls for international startups, as announced in the 2016 French Tech Ticket Applications.

Also in Ghana the same day was the Dutch Prime Minister, Mark Rutte. Mark has also been keen in building startups including spending some time early last year in Silicon Valley at an Investors’ Dinner. For many European countries, great emphasis is placed on startups as they are seen at the helm of the future economy. Mark Rutte is also known to have had a meeting with some Fintech startups in Netherlands.

For both personalities, this was the first time anyone from their respective offices had visited Ghana. They spent some time talking and lunching with President Nana Akuffo-Addo, on strengthening bilateral relations and economic cooperation. For Emmanuel Macron, Ghana’s stop was the last on his African tour after he visited Burkina Faso and Cote D’Iviore, both French-speaking countries.

Such visits not only boost the confidence of the folks at Impact Hub Accra who have had both Steve Case and Tony Elumelu pass through, but it’s also a call for authorities to place even more spotlight on startups, and provide greater thriving opportunities for growth and contribution to the economy of Ghana.