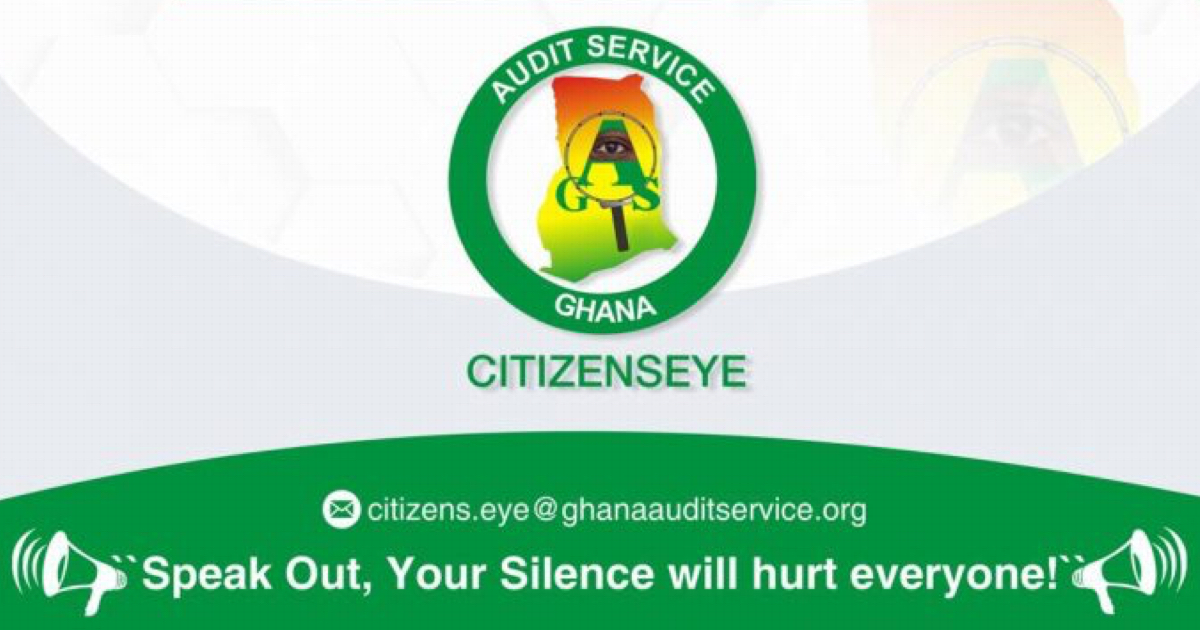 Just two years ago, there was lots of criticism about how the procurement process for the GhanaPostGPS app mysteriously axed a functioning well-known product to award a USD 2.5 million contract to another software development company in Ghana with a half-baked competitor product – the famous SnooCode-AsaaseGPS matter.

Last week, the Electoral Commissioner commented on how biometric data belonging to Ghanaian citizens was at the control of a non-Ghanaian non-African company. I already shared my thoughts on that.

Also last week, the Ghana Audit Service launched an app, CITIZENSEYE, which it is hoping will be used by Ghanaians “to remind citizens that promoting accountability and transparency is a shared responsibility.” There was lots of press about the matter. Days later, I’ve just found out, with little effort, that the app was not even developed by a Ghanaian company.

For any app that’s hosted on the Google Play Store, the details of the publisher are listed next to the app, together with other apps they have published. I couldn’t believe my eyes when I saw (SA) next to the app developer name. Upon further checks, the company had aptly listed the app on its website, and the Government of Ghana as a client.

On sharing thoughts on the EC’s comments last week, I noted that when a government outfit is not ready to produce a digital product, it’s ok to look for worthy – local first, then international – companies to start, then the right state quarters(which in this case is the National Information Technology Agency) would take over with the right agreements, etc. for the citizenry’s own safety.

Unless the government, in this case the Ghana Audit Service, did not find any app development company – in all of Ghana! – to build such a product, then there’s nothing to worry about. But this is not the case. There are hundreds of app development outfits right here in Ghana, which could have easily built the CITIZENSEYE app.

Come to talk of building this. There’s already an app called TransGov, developed 4 years ago, to tackle this same issue.

I reached out to the developers of TransGov who lamented how trips to Ghana Water Company, ECG, Ministry of Sanitation and Water Resources, and other government institutions had proven futile after all those years, and resources, trying to get their app to be adopted by government and its institutions. And guess what, their app looks even better, and won the Tech4Governance Competition, way back in June 2015.

You know what I’m about to ask next; why wasn’t this existing product “procured” by the Ghana Audit Service for this purpose?

The only reason that could come to mind was that the whole program is supported by GIZ. Now then, if an Audit Service is receiving support from GIZ, does GIZ also stipulate which company builds the product? If so, are we willing to let local companies and ideas die just because we want aid? How can we be wanting to keep citizens accountable when government contracts are going out to international companies who will have access to that data?

Let me note, however, I have been quite excited recently to see IT Consortium behind the new Passport Registration, and ExpressPay supporting the GRA iTAPS tax returns filing platform. Why can’t such support continue for less-exposed products serving Ghanaians?

As I commented last week, NITA should be given priority by governments in these times. The current government is moving lots of data online, and citizens’ data will need to be well-managed for safe-keeping, and accountability. If NITA is well resourced, and should be, such products can be built by Ghanaian companies for NITA, or the project completely handed over to NITA for planning and execution.

If there’s transparency and accountability, it should start from government. Will the Ghana Audit Service come out with how much they paid for that app and explain why a non-Ghanaian company was given this contract?